Home » Blog » Industrial Disasters & How They Are Managed 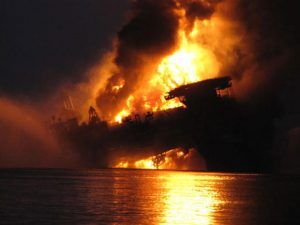 Oil and gas disasters, also commonly known as industrial disasters are a result of accident, negligence or incompetence of organisations. Organisations incur huge cost from these incidents that are not limited to monetary terms, but casualties and a hit on the environment as well. Here are three examples of infamous industrial disasters that have occurred in history, and the lessons derived from these unfortunate accidents.

The Chernobyl accident occurred on April 1986, it was a consequence of flawed reactor design coupling with inexperience and untrained personnel handling operations.

Chernobyl was the first nuclear power plant in Soviet Ukraine. It is located in Ukraine about 20km south of the border with Belarus. The plant had 4 working reactors during operation. Moments before the unfortunate disaster, the reactor crew was preparing for a test on unit 4 with new voltage regulator designs to determine how long turbines would spin and supply power to the main circulating pumps following a loss of main electrical power supply. Due to design flaws, and the lack of the presence of safety systems, it resulted in uncontrolled reaction conditions and eventually, an explosion. 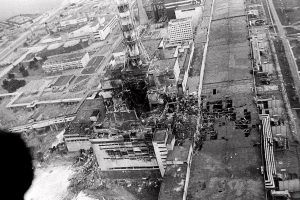 The fire from the explosion lasted for 10 days and a phenomenal amount of radioactive materials were released into the environment. The explosion caused 28 deaths, more than 600,000 people were involved in post-accident recovery and clean ups operations, from which a large percentage of them received high doses of radiation, especially personnel from the crisis team who were part of the earlier phase of post-explosion operations.  More than five million people who lived in areas near the plant – Belarus, Russia and Ukraine, were found to be contaminated with radiation, and more than half were relocated in the subsequent years.

Lesson learnt: While one of the reason for the explosion was due to design flaw of the reactor, the accident was also a result of lack of safety culture of the operators. An effective crisis management strategy is impetus in dealing with accidents. The Soviets mismanaged the accident by suppressing the news, causing delays to evacuation that could potentially reduce the number of people being contaminated with radiation.

Weeks before the explosion, Deepwater Horizon’s exploratory drilling was plagued by frequent and forceful contact with explosive natural gas deposits, highly flammable gas forced its way up the well bore and onto the rig platform that emergency freezes of activities were in placed as a preventive measures of an explosion.  The accident started with a failure of well integrity and followed by a loss of control of the pressure of the fluid well. The device (“blowout preventer”) that was meant to contain such incident failed to engage resulting in an uncontrollable amount of hydrocarbons shooting up the well, causing a series of explosion. The accident resulted in 11 deaths, an estimated of 5 million barrels of oil was gushed into the Gulf for 87 days. The oil spill was termed as the world’s largest, and the negative impact that the spill has on the environment, especially on the marine ecology lingers today.  BP incurred monetary loss of more than $70bn as penalties charges and in its recovery operations. 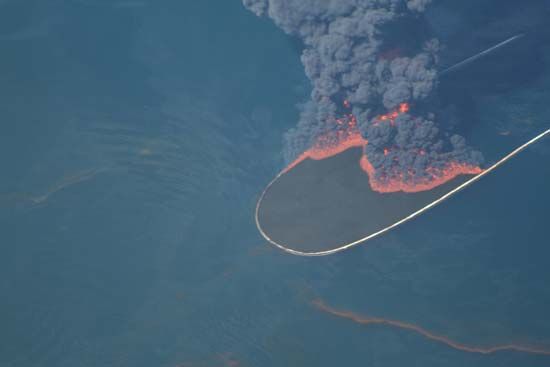 Lesson learnt: In a report[1], it was found that there is a lack of suitable approach for managing risks, uncertainties and dangers associated with deepwater drilling. There were several questionable decisions made in response to the number of technical and operational breakdowns that occurred prior to the accident. Neither of these were identified or corrected by BP. There was also a lack of checks and balances for well safety.

Contrary to the two examples above, this accident that occurred in October 2012 is a result of a natural disaster, and not man-made. When Superstorm Sandy hit New York, a transformer at Con Edison plant exploded in downtown Manhattan.

The explosions resulted in more than 50,000 power outages in downtown Manhattan, and more than 750,000 residents were without power. Fortunately, there are no casualties from the explosion, but crisis recovery actions incurred as much as $550 million for Con Ed.

Right after the explosion, rescue mission to get co-workers trapped in the power station was conducted in floating cars. However, through well-calculated gambles and the resilience of the crisis team, Con Ed managed to restore power in Manhattan a few days later. Despite that, crisis recovery was not complete, as there were still more than 3,900 customers without power, and the damage caused by Sandy obstructed the process of restoring power.

Lesson learnt: Despite Con Ed’s brilliant crisis management team, efforts could have been easier if natural disaster were planned for.

Brought to you by Opus Kinetic, Advanced Explosion Investigation is a 3-day course that will touch on the fundamentals of gas and dust explosions. Conducted by two trainers who are experts in Fire and Explosion Investigation, this course is designed to equip and train personnel on how to approach, analyze and investigate fire and explosion accidents. For more information, please visit us at http://www.opuskinetic.com/training or contact us at info@opuskinetic.com