Home » News & Events » US crude jumps 2.9% to three-week closing high of $48.66 as refineries restart after Harvey

Oil and gasoline prices snapped back to levels seen before Hurricane Harvey disrupted about a quarter of U.S. refining capacity, but another incoming storm could cut fuel demand and weigh on prices, analysts said on Tuesday.

U.S. gasoline futures for October delivery were down 2.8 percent to $1.6989 per gallon shortly before WTI’s settlement. The September contract rose as high as $2.17 a gallon last week. 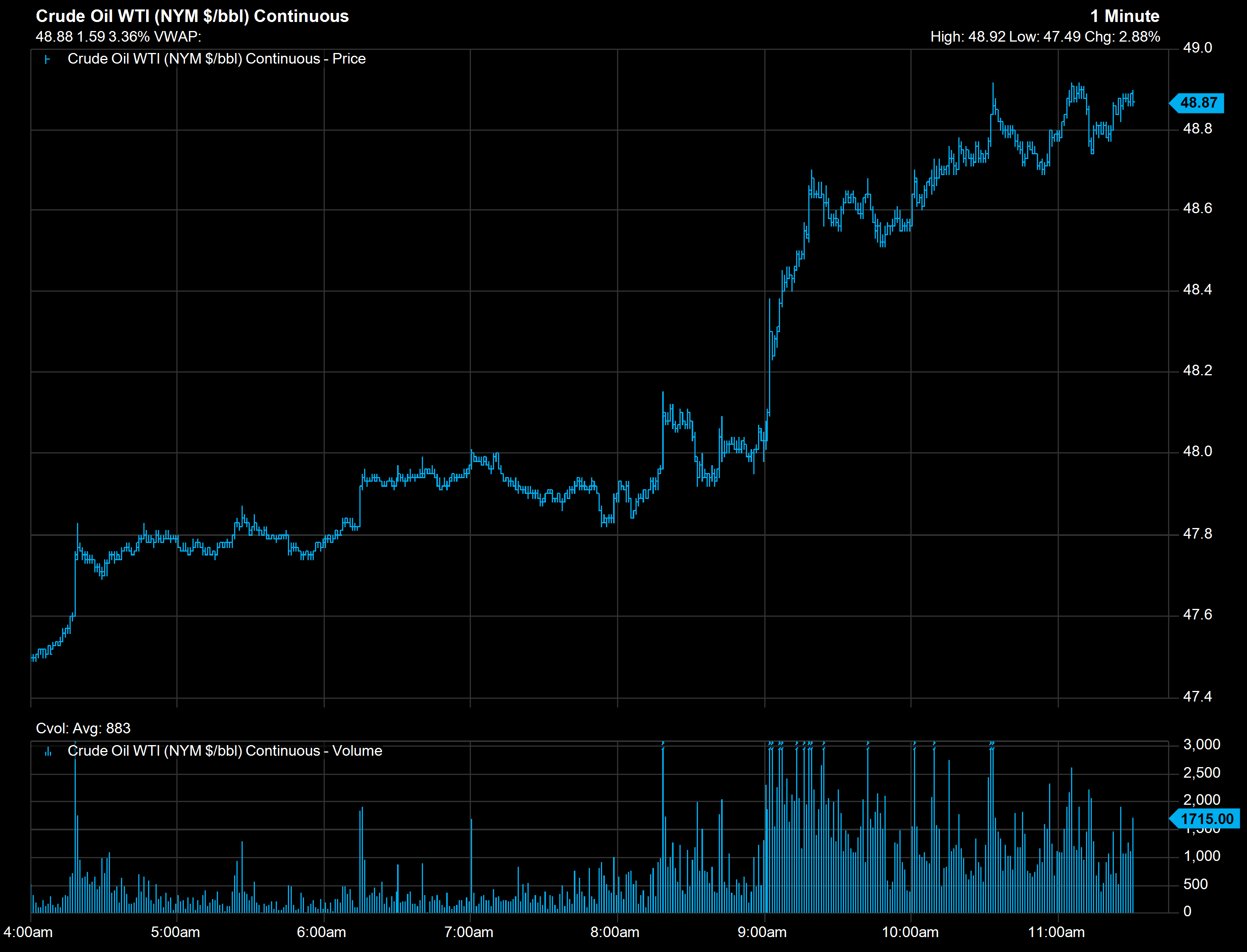 “What we’re seeing here today is really a reversal of the activity we saw in the previous week as oil pipelines were shut down and refineries were shut down,” said Andy Lipow, president of Lipow Oil Associates.

About 3 million barrels a day, or 16 percent of U.S. refining capacity, remained offline or in preliminary restart mode on Monday evening, according to Lipow. That cut about 1.2 million gallons per day of gasoline supply, roughly equal to consumption in California, Oregon and Washington combined.

Refineries were mostly up and running in Corpus Christi, Texas, where Harvey made landfall as a Category 4 hurricane. Plants in Lake Charles, Louisiana, near Harvey’s second landfall last week, were also churning out fuel after briefly reducing activity.

Major pipelines that move fuel from Houston to Dallas, St. Louis, Tulsa and Chicago were back in operation. The critical Colonial Pipeline that runs from Houston through the Southeast and up to New Jersey fixed a partial outage on its diesel line and expected its gasoline line to be running on Tuesday.

But outages lingered at five facilities in the hard-hit Houston area, as well as at four plants just southeast in the Port Arthur-Beaumont, Texas, refining hub. Both areas saw devastating flooding.

Lipow estimates it will be one to two months before operations return to normal at Port Arthur refineries owned by Total and Saudi Aramco-owned Motiva. The Motiva plant is the largest U.S. refinery.

Average U.S. retail gasoline prices, however, would likely peak sometime this week at roughly $2.70 per gallon, he projected.

Traders will have to sort through “a lot of noise” as the market seeks to understand the storm’s impact on crude oil and petroleum product stockpiles, said Michael Cohen, head of energy markets research at Barclays. He noted that the United States is now a major energy products exporter to Latin America and Asia.

“That’s new, and I think that the effects of this hurricane still have not yet been fully understood by the market,” he told CNBC’s “Squawk on the Street” on Tuesday.

Analysts said Hurricane Irma, which strengthened into a Category 5 storm on Tuesday, could wipe out a lot of gasoline demand if it hits Florida on Saturday as expected, and particularly if it travels up the East Coast. Unlike Harvey, Irma is not currently projected to slam Gulf Coast refiners.

Demand for gasoline typically falls between September and October, but consumption dropped by twice as much as business and driving ground to a halt during Hurricanes Rita and Katrina in 2005 and Hurricanes Gustav and Ike in 2008, according to Cohen.

That creates another incentive for a Saudi- and Russian-led group of oil producers to extend their agreement to cut production beyond the first quarter of 2018, said Tamar Essner, director of energy and utilities at Nasdaq Corporate Solutions.

OPEC and other major exporters are keeping 1.8 million barrels a day off the market in a bid to shrink global crude oil stockpiles and end more than three years of oversupply. Weaker demand would typically make it harder to achieve that goal.

Russia and Saudi Arabia have discussed an extension, but have not reached a final agreement, Reuters reported, quoting Russian Energy Minister Alexander Novak.

The market is expecting OPEC to extend the accord, which should put a floor under oil prices and keep them in a range between about $45 and $55 a barrel, Essner told “Squawk on the Street.”

Cohen, however, believes the market is tighter than some think and warned that oil prices could spike outside of that range, at least temporarily.