Oil fell more than $1 a barrel on Monday, as a rise in U.S. drilling and higher OPEC output put the brakes on a rally that saw prices score their biggest third-quarter gain in 13 years.

U.S. energy companies added oil rigs for the first week in seven and Iraq announced its exports increased slightly in September, when OPEC boosted overall output, according to a Reuters survey.

“I think it’s going to be a struggle to move above $60 Brent,” said Olivier Jakob, oil analyst at Petromatrix. 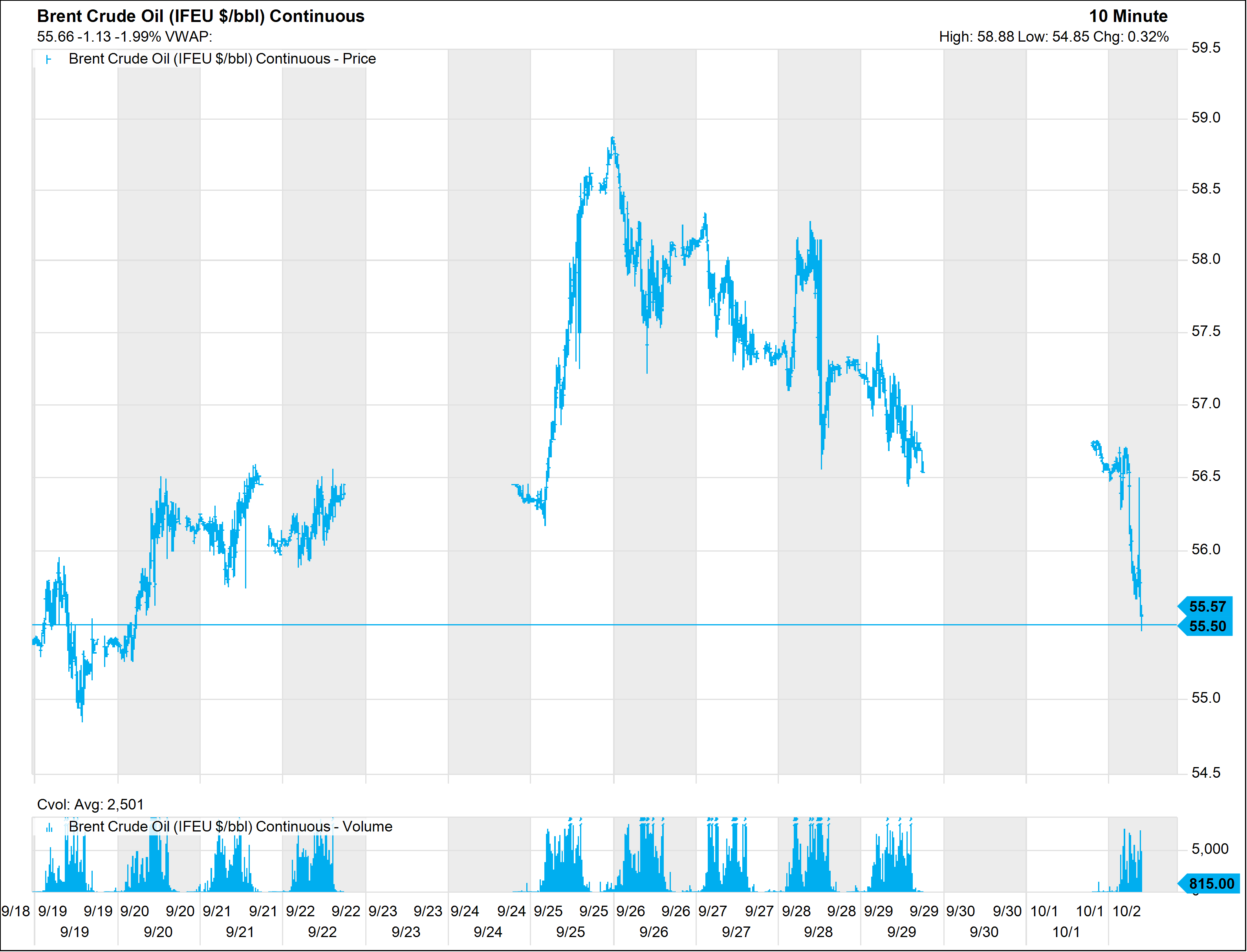 Oil’s rally has been driven by mounting signs that a three-year supply glut is easing, helped by a production cut deal by global producers led by the Organization of the Petroleum Exporting Countries.

“Brent crude oil prices have gone from strength to strength as surplus oil stocks are being depleted,” Bank of America Merrill Lynch said in a report. “Importantly, this rally is supported by a tighter physical market, providing a fundamental backbone that was not present before.”

But a Reuters survey on Friday found OPEC oil output rose last month, gaining mostly because of higher supplies from Iraq and also from Libya, an OPEC member exempt from cutting output.

The Libyan gain appears short-lived, though. The country’s largest oilfield, Sharara, has been closed since Sunday, an engineer at the field and a Libyan oil source said.

Middle Eastern oil producers are concerned the price rise will only stir U.S. shale producers into more drilling and push prices lower again. Key OPEC producers consider a price above $60 as encouraging too much shale output.

In February, oil industry sources said Saudi Arabia would like to see oil around that $60 level.

In its report on Friday, General Electric Co’s Baker Hughes energy services firm said drillers added six oil rigs in the week to Sept. 29, bringing the total count up to 750.

Technical charts suggest the rally may be running out of steam. Jakob of Petromatrix said Brent’s weekly chart had formed a “shooting star,” a pattern seen as indicating a market has reached a top.

Hedge funds have accumulated a record bullish position in middle distillates such as diesel, heating oil and gasoil, anticipating stocks will be relatively tight this winter.

“We’ve seen a run up in heating oil futures, and I think that particular product has supported the rise of WTI,” said Tjornehoj, while noting that distillate prices fell on Monday. “As we reverse here lower we see the recent strong correlation continuing.”