Home » Blog » The Haze Crisis and Implications on the Industry 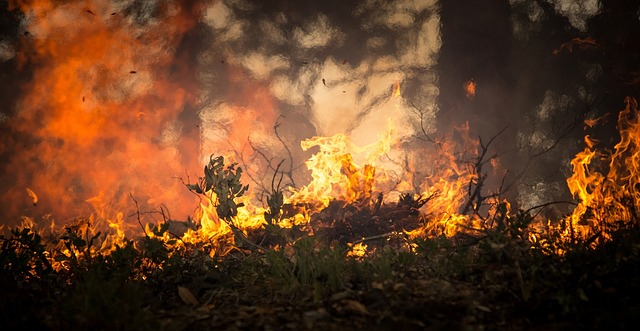 The Haze Crisis and Implications On the Industry

Large burning of forests in Indonesia has contributed to the haze currently happening in South East Asia. The forest fires that are occurring on carbon-rich peat soil contributes to the rise of harmful particles in the air, affecting the air quality in the region. Fires and the resulting haze have caused the region significant economic, social and environmental costs.

According to the National Disaster Mitigation Agency (BNPB) in Indonesia, 328,724 hectares of land was burnt from January to August 2019 alone. The affected areas in Indonesia include South Sumatra, Jambi, Riau as well as West, East and South Kalimantan, where hot spots were detected.

In Malaysia, there were several cases of open burning in 10 hotspots in Sabah and Sarawak, according to the ASEAN specialised meteorological centre.

The burning of forests usually occurs during Indonesia’s dry season from July to October. During this season, it provides ideal conditions for many farmers to clear vegetation for palm oil, pulp and paper plantations using the slash-and-burn method. In addition, Indonesia is the world’s largest producer of palm oil.

Exacerbated by the rising demand of the commodity and expanding plantations, the burning now occurs at a much larger scale as more land is being cleared.  The previously burnt land also becomes drier, making it easier to catch fire during subsequent slash-and-burn clearings. As these fires are often uncontrolled, they spread into protected forested areas.

The consequences of the burning have spread regionally – into Malaysia, Singapore, south of Thailand and Philippines. This widespread haze is a huge health hazard which largely affects the quality of the air to be deemed unhealthy. The earlier 2015 haze crisis cost the country $16bn and caused more than 500,000 people to suffer from respiratory illnesses. On an environmental level, these fires are threatening Indonesia’s wildlife such as orangutans, as smoke damages their health and causes their habitat to disappear.

The Indonesia government has stepped in and sealed off over 6,000 hectares of land operated by 42 companies. In addition to that, the government is looking into posing criminal charges against companies engaged in open burning.

For the similar haze crisis back in 2015, 56 companies faced sanctions for their role. 23 companies have had their license revoked, causing them to permanently shut down.

The key initiative that has created in light of the haze issue, is the ASEAN Agreement on Transboundary Haze Pollution (AATHP), which seeks to prevent, monitor, and mitigate land and forest fires to control transboundary haze pollution through concerted national efforts, regional and international cooperation. World Bank highlights the role of setting up a fire management framework that focuses on prevention techniques. This includes “weak land tenure security and strengthening governance and accountability — particularly around policies, regulations and systems for land access and management.”

Several unsustainable practices need to change in the agriculture industry. With increasing pressure on government authorities to step in to mitigate the effects of the haze, it is also important to note that organisations play an equally important role as well.

In Malaysia, the government has promoted the sustainability of the palm oil plantation sector by implementing the Malaysian Sustainable Palm Oil (MSPO) certification scheme. As of January 2017, 221,548 hectares of oil palm planted area have been certified and this figure is expected to increase as the MSPO certification becomes compulsory by December 2019. As one of the largest producers and exporters of palm oil and related products, many organisations would have to adopt a more sustainable approach to their operations.

In Indonesia, it is found that many of the farms are run by small businesses, with about 3 million of them that depend on palm oil for a living. Hence, more government initiatives need to be introduced to promote sustainable practices.

For example, Indonesia’s largest farm support programme, provides a subsidised fertiliser scheme to purchase fertiliser at below-market prices. This would provide additional support to farmers to support their livelihood and decrease the amount of new land to be cleared to earn profits. Another initiative led by the University of Riau, taught farmers on an alternative “no-burn” method to forest clearing. For major companies and organisations, there is a wider adoption of “green” policies, such as the No Deforestation, No Peat and No Exploitation (NDPE) policies. Others have also opted to adopt more sustainable approaches to source raw materials to address these concerns.