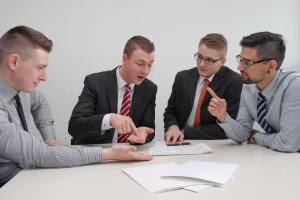 <Understanding the Bill of Lading>

A marine storage terminal and refinery is a complex living system and interaction with all stakeholders is a huge challenge. Complying to an ever-growing number of rules, regulations and guidelines, most processes need a control system which is manageable. This is because there are countless documents involved in these processes since there are many stakeholders present with differing interests. There are different types of Bill of Lading.

When Should a specific Bill of Lading be used?

Since Bill of Ladings can also serve as a document of title, which allows the person holding it to claim possession of your shipment. There are several type of  bills of lading, which companies can use and their decision should be based on the chosen method for transporting goods. Here are a few common examples:

“To order” bill of lading

To order bills of lading are typically negotiable documents and allow the transfer of ownership of the goods outlined in the bill of lading to another party upon endorsement by the party listed as the ultimate consignee on the document. Often under the terms of a letter of credit, the bill of lading is consigned “to order”. If Bill of Lading is consigned ‘To Order’ and banks address as consignee in Bill of lading, the title of cargo is with the said Bank and without the endorsement by the bank; the final consignee cannot take delivery of cargo.

An air waybill (AWB) is a document that accompanies goods shipped by an international air courier to provide detailed information about the shipment and allow it to be tracked. The bill has multiple copies so that each party involved in the shipment can document it. An AWB serves a similar function to ocean bills of lading, but an AWB is issued in non-negotiable form, meaning there’s less protection with an AWB versus the bill of lading. The air waybill (AWB) is the equivalent of an ocean bill of lading used in air transport. However, unlike the ocean bill of lading, it cannot be negotiable; in other words, it may not be consigned “to order.”