Home » Blog » What is basin analysis and what are the types of basins? 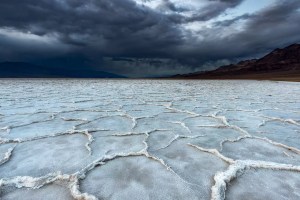 <What is basin analysis and what are the types of basins?>

Being an essential step that allows for the frontier discoveries of key oil and gas sites, basin analysis is extremely pertinent to Geologists, Geophysicists or Exploration Managers that are involved in the assessment of new exploration opportunities and new country entry, particularly if working on rifts and or passive margins. Therefore, in this post, we’ll define what basins are, along with the different types of basins.

What is Basin Analysis?

Basin analysis not only involves decoding the sedimentary record but also assessing if the basin conditions are appropriate for hydrocarbon formation and determining where in the basin may be the optimal location to search for oil and gas. It relies on a technique called seismic reflection imaging – a geophysical method that allows us to produce an image of what the Earth’s insides look like, which is akin to giving the Earth an X-ray.

In geology, a basin refers to a depression or dip in the Earth’s surface. Basins are shaped like bowls, with sides higher than the bottom. Being oval or circular in shape, basins resemble a sink or tub you might have in your own bathroom, hence its name. Since they are either formed by forces above the ground (like erosion) or below the ground (like earthquakes). They can be created over thousands of years or almost overnight.

With the definition out of the way, let’s venture into understanding the various types of basins and how they are pertinent to the oil and gas industry!

There are 3 major types of basins.

Drainage basin, also called catchment area is an area from which all precipitation flows to a single stream or set of streams.

A river drainage basin is made up of many different watersheds. A watershed is a small version of a river basin. Every stream and tributary have its own watershed, which drains to a larger stream or wetland. These streams, ponds, wetlands, and lakes are part of a river basin.

Sedimentary basins are a type of structural basin that aren’t shaped like typical basins, sometimes forming long troughs. In the oil and gas industry, the type of basin that is most applicable would be a Sedimentary basin. Sedimentary basins are key sources of petroleum and other fossil fuels. Millions of years ago, tiny sea creatures called diatoms lived and died in ocean basins. Eventually, these ancient oceans dried up, leaving dry basins. The remains of the diatoms were at the bottom of these basins. The remains were crushed under the pressure of tons of sediment fill, over millions of years. In the right conditions, the pressure of the sediment fill turns the diatom remains into petroleum.

One example of a sedimentary basin would be The Niger Delta sedimentary basin. One of the most productive petroleum fields in Africa. In North America, the Western Canadian Sedimentary Basin is one of the continent’s largest suppliers of gas and coal.

Linking it back to the oil and gas industry, since oil and gas are formed as a result of the rapid burial of dead microorganisms in environments where oxygen is so scarce that they do not decompose. Newly developing ocean basins, formed by plate tectonics and continental rifting, provide just the right conditions for oil and gas formation — Rivers carrying abundant organic remains which fill these ocean basins and constricted water circulation which have lower oxygen.

For instance, the Gulf of California, an ocean basin in development, is making new oil and gas in real time today. The Gulf of Mexico is also a great example of new oil and gas formation in a restricted circulation environment

Why is Basin Analysis Important?

For most geologists, Basin Analysis is definitely a crucial skill to have as it allows them to interpret the many seismic images that they to assess daily. With these skills,  geologists will be able to better illustrate the various tectonic events and environments the Earth has experienced over the years.

Some other benefits that highlight the importance of a basin analyst skills are listed below:

If you are interested to know more, we have a blog article written about the importance of Basin Analysis!

<Blog – Why is Basin Analysis Important?>

Advanced Basin Analysis Masterclass is a 3-day training course that is held in Kuala Lumpur. Designed to teach participants a process for rapidly screening frontier basin opportunities with minimal data, participants will be given case studies from across the world, including many African, Atlantic and South-East Asian Basins. Furthermore, the modules taught will cover the essentials of basin classification and tectonostratigraphic analysis, the prediction of petroleum system elements (reservoir, source rocks and seals) and the presentation of a workflow with which the prospects of a basin can be rapidly assessed.